Jackson Family Motorcycle Memorabilia back to the 1940's | Weekdays 10-4 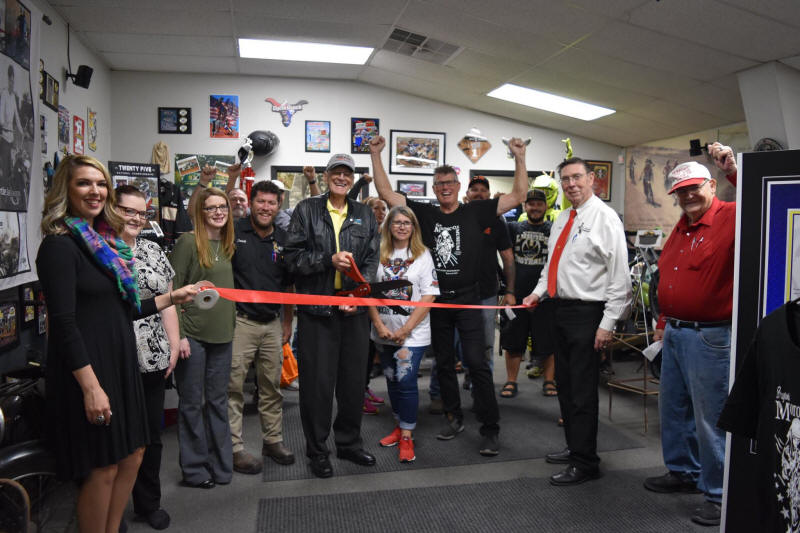 Located at 925 E. Main Street, Eastland, you’ll find the Bryans Motorcycle Museum in the same building as Bryan’s Auto Parts/Computers/Signs & Graphics. Whether you’re a kid, or just a kid at heart, there is something for everyone to enjoy. The museum is jam packed with motorcycles, larger than life photos, trophies and tons of other Jackson Family motorcycle memorabilia.

History shows that motorcycles have been a major part of the Jackson family since the 1920’s and although some of that history has been lost, the museum has preserved most, including the last bike his granddad owned, which was a 1949 Harley Hummer.
Bryan grew up watching his dad, Kay, participate in hill climbs, lime runs, and a little flat tracking. One of Kay’s bikes was a 1958 Ariel 500, which is also in the museum. And ladies, Bryan’s mom, Bertie also rode motorcycles, and we’re not talking in a side car. Although a few years have passed, let me assure you, she still has that same spunk today!

When you visit the museum you’ll get to see the Yamaha Mini Enduro 60 that started Bryan’s motocross racing career back in 1972. In the decades since, he’s won multiple World Championships, along with numerous National Titles. But along with the good, comes the bad, which interestingly enough, is documented in the museum as well…a few surgeries, a few internal plates, and more than a few screws are holding him together. And just like the Energizer Bunny, he keeps on going.